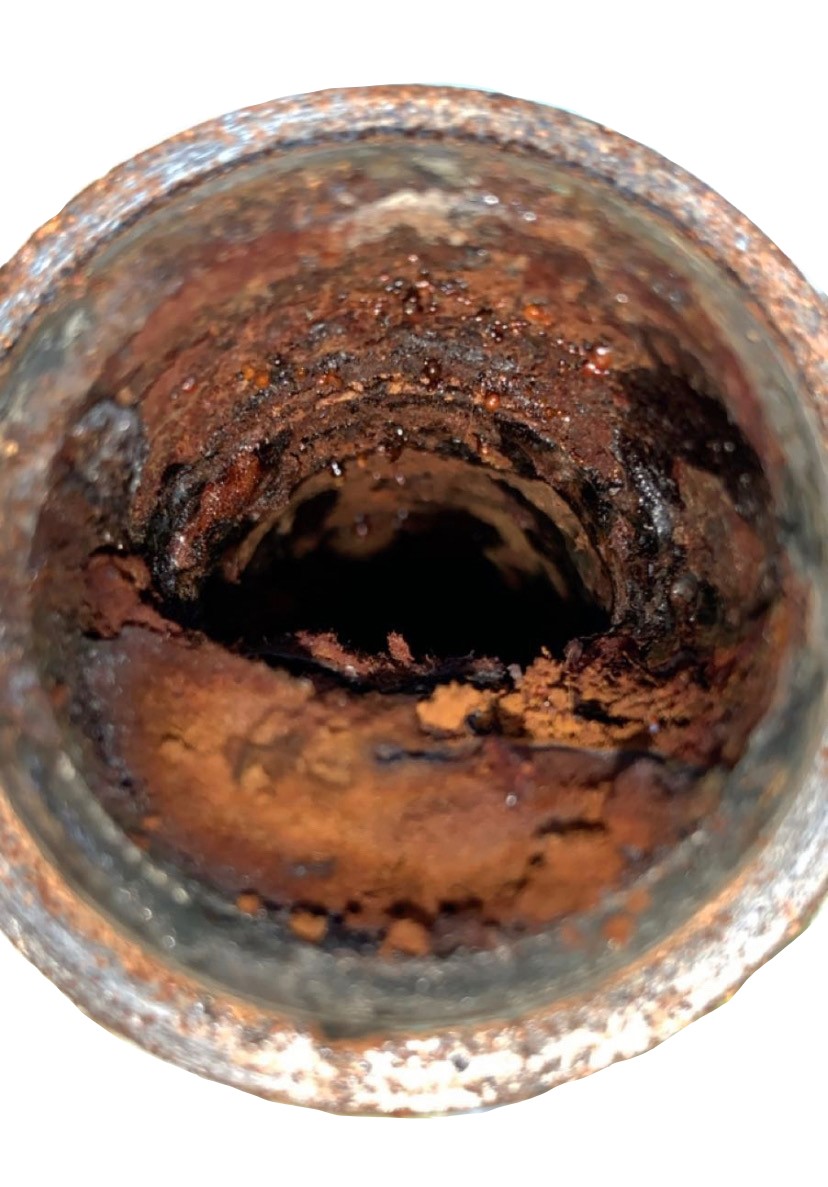 Building owners need assurance that their fire protection systems are functioning to lower the risk of an uncontrolled fire loss. Fire suppression system contractors need confidence that the systems they install will not freeze and will provide the best corrosion protection on the market.

Corrosion issues arise in dry systems because they are never completely dry. Moisture enters through hydrostatic testing and from the air pumped through the system. Without significant intervention, dry systems tend to fail due to corrosion, which presents as rust and degradation around the pipes. End users and service companies have had to go to extreme lengths, such as filling the system with nitrogen gas, to mitigate the problem.

Wet fire sprinkler systems made with steel are also highly susceptible to corrosion. This is due to the constant presence of water and oxygen in contact with the metal pipes and fittings, or galvanic corrosion when the system is not comprised of only one metal.

Microbiologically influenced corrosion (MIC) has also become a significant challenge plaguing the industry. Unlike general corrosion, MIC is the localized – or non-uniform – rapid development of metallic corrosion appearing in the form of pitting, crevices and craters. According to FM Global, MIC is responsible for 10 to 30 percent of corrosion in all piping systems in the U.S. It is a problem that has been difficult to control because it has multiple root causes in both wet and dry sprinkler systems.

In areas subject to freezing conditions, a key factor that can worsen the growth of MIC in wet systems is the use of antifreeze that lacks high-quality corrosion protection.

The annual costs of combating corrosion in dry nitrogen systems and systems with specially coated steel pipe, as well as heat trace methods, can be prohibitive. If the damage goes too far, corrosion can lead to the need for complete system replacement.

Building on more than 30 years in fire protection, Lubrizol formulated UL-listed freezemaster™ antifreeze, a safe-to-use, factory premixed freeze protection technology with cold temperature protection down to -12ºF (-24ºC). freezemasterTM antifreeze stands out from the other listed alternative in that it:

This last point is significant because it means that freezemasterTM antifreeze not only meets industry requirements, but also exceeds them with a corrosion inhibitor package unlike any other product on the market.

In order for fire sprinkler systems to do their lifesaving work, they must be protected from damaging corrosion. In wet systems using listed antifreeze, the chosen formulation has a significant and measurable bearing on just how well corrosion is resisted. Lubrizol Advanced Materials, building on its extensive expertise in metallurgy, invested in a series of corrosion tests in addition to those required by UL to demonstrate the superior performance of freezemaster™ antifreeze in resisting corrosion of both biological and non-biological origin.

Get the test results and read more about how freezemasterTM antifreeze offers breakthrough corrosion protection in the free white paper, “The Importance of Corrosion Protection in UL-Listed Antifreeze for Fire Sprinkler Systems.”