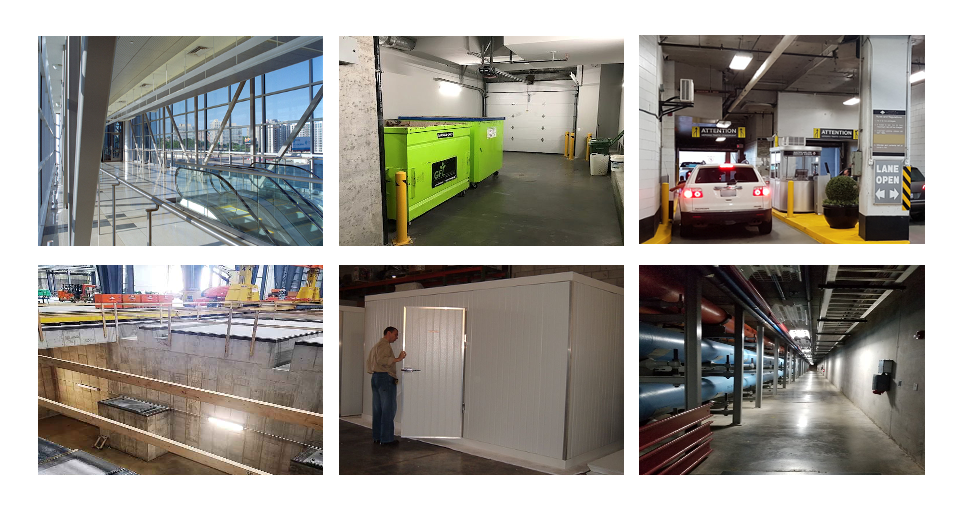 Where Can I Winterize Sprinkler Piping With freezemaster™ Antifreeze?

freezemaster™ antifreeze’s minimum use temperature of -12ºF (-24ºC) makes it suitable for unlimited exterior uses in buildings in most areas of the United States and along the east and west coastal areas of Canada. These regions appear on or below the line in the graphic below, and include these cities and their surrounding areas:

But what about northern areas of the U.S. and Canada where temperatures drop much lower than -12°F? On its own, listed antifreeze currently on the market would not maintain piping at an acceptable temperature in these areas. There are, however, thousands of partially conditioned interior spaces that are suitable candidates for freezemaster™ antifreeze. 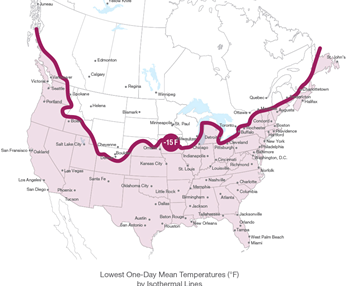 Buildings with small unheated areas vulnerable to freezing often charge sprinkler pipes with water during the summer only. During the coldest months when there is a risk of freezing, the pipes are drained and charged with air under pressure. These spaces may be heated on average to 50ºF (10ºC), but can drop below freezing if an outside door is open or the heat can't keep up with severe cold at night. Structures outfitted with these “tail end” hybrid systems are good candidates for freezemaster™ antifreeze. They include:

With freezemasterTM antifreeze, compliance with NFPA requirements has never been easier. Precisely formulated by Lubrizol Advanced Materials, a specialty chemical company supporting the fire industry for more than 30 years, freezemaster™ antifreeze delivers the safety, performance and assurance you can rely on with:

Ready to get started? We are committed to providing you with the support and information you need for your project. Click below to contact us today.