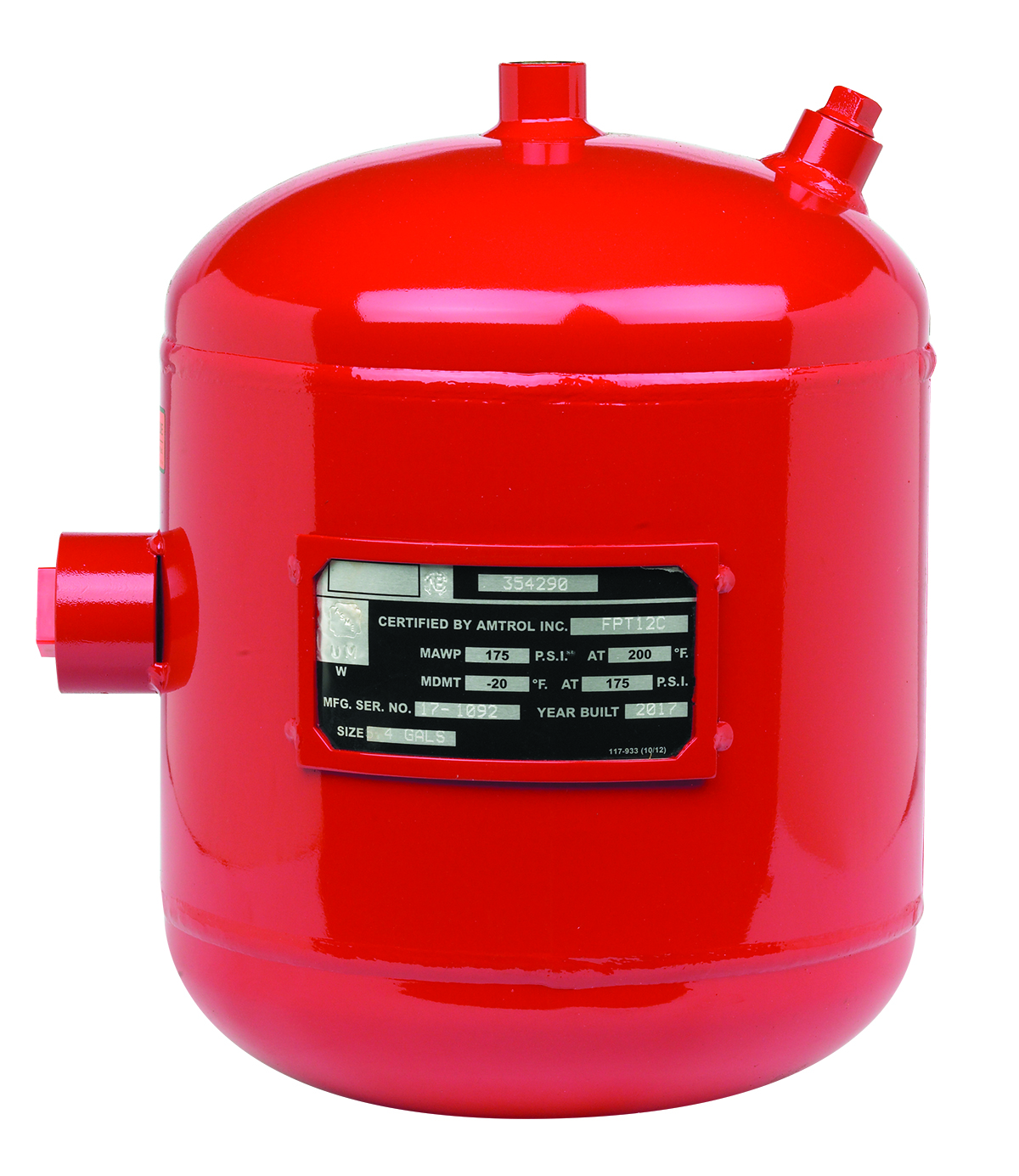 WHY EXPANSION TANKS HELP YOU MAINTAIN YOUR LISTED ANTIFREEZE

A UL-listed, factory-premixed antifreeze – like freezemaster™ antifreeze – will soon be the new normal for sprinkler systems needing seasonal freeze protection. This new normal requires different installation and maintenance than building owners and ITM contractors are used to with traditional antifreezes. Not taking these differences into account significantly shortens the life of listed antifreeze.

Like any fluid, antifreeze expands and contracts when exposed to changes in temperatures, resulting in changes in fluid density. The expanded volume of system fluids due to daily and seasonal ambient temperature fluctuations can stress piping and can cause valves or sprinkler heads to leak (sometimes called “head sweats”), or fail due to over-pressurization, this can cause the antifreeze loop to pull water from the back-flow preventer, diluting the antifreeze.

When this happens, Inspection Technicians must completely drain the sprinkler system and refill it with listed antifreeze. An hour-long annual inspection to confirm compliance can become a three-hour long undertaking, along with the associated costs to replace the listed antifreeze, when expansion isn’t accounted for in a system.

Whether you choose an expansion tank or a reclamation tank, fluid expansion can be managed by the system design. This is a far superior approach to allowing the system to leak or vent antifreeze, draw in fresh water, and dilute the listed material – causing the antifreeze to fall out of specification and compromising the UL listing.

An expansion tank (sometimes referred to as a bladder tank) is a pressure vessel that uses a bladder inside a cast-iron bulb with an air valve on top. Based on pressure, the bladder takes in and expels listed antifreeze, instead of allowing it into the sprinkler system or to leak. Currently, NFPA does require expansion tanks to be listed.

Building owners should collaborate with their inspection contractors to select the appropriate vessel size based on anticipated operating conditions and associated expansion values detailed in the listed antifreeze installation guide. The cost of an expansion or reclamation tank retrofit quickly pays for itself – just two or three out-of-compliance, drain-and-refill inspections will cost more than the tank.

Bottom line: An expansion or reclamation tank is an essential retrofit for the maintenance of listed antifreeze in sprinkler systems requiring seasonal freeze protection.

For additional compliance and installation details for freezemaster™ antifreeze, including values and NFPA 13, 13R, and 13D Standards for determining proper expansion chamber size and refractive indexes, download the Installation Guide.